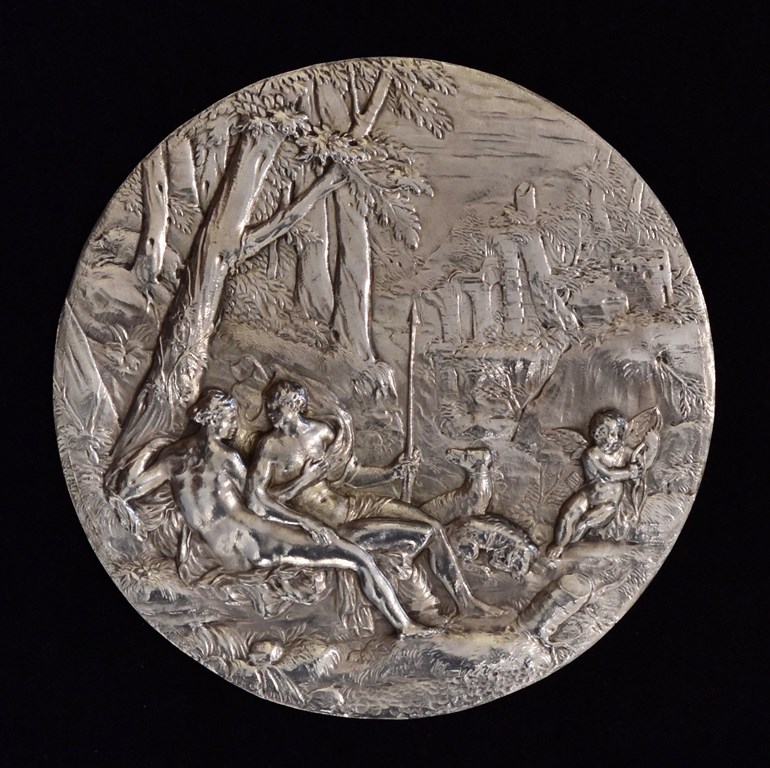 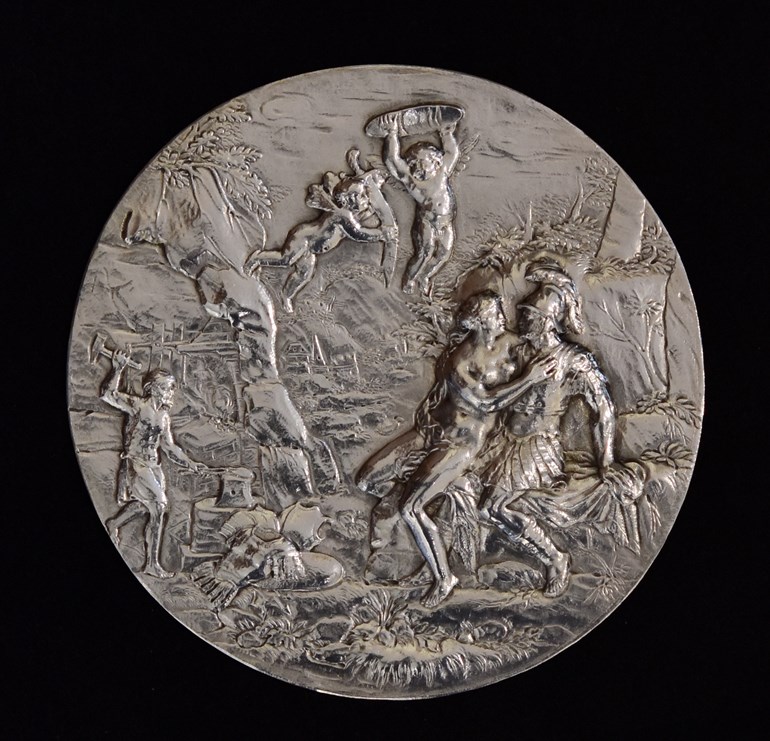 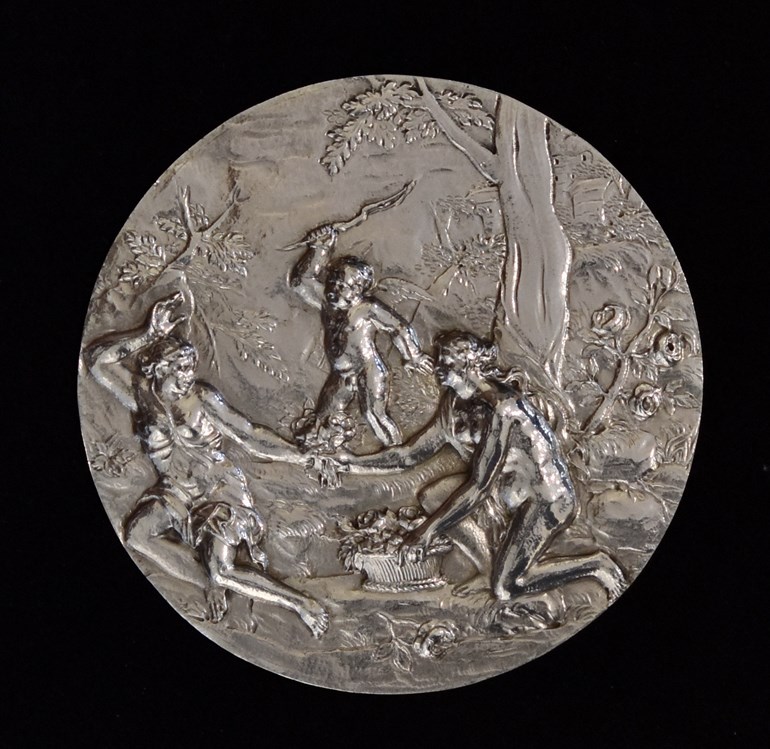 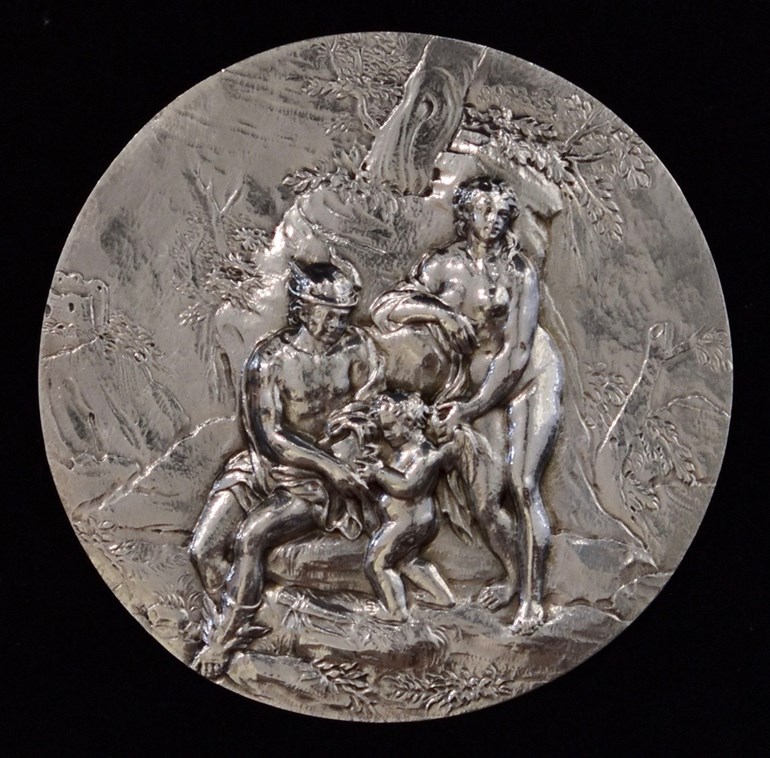 A série of four silver plaquettes

APHRODITE AND ADONIS IN A LANDSCAPE, ACCOMPANIED BY EROS
The source for this composition is a rectangular plaquette by Paul van Vianen, representing Artemis and Endymion, dating from 1600-1610 (Hermitage Museum).
The moment represented is probably the one mentioned in Ovid's Metamorphoses (Book X). The two lovers, tired from hunting, rest in the shade of a tree and Aphrodite takes the opportunity to tell Adonis about legends.

THE EDUCATION OF EROS. HERMES, EROS AND APHRODITE IN A LANDSCAPE
This iconography illustrates Eros' education by Hermes, a wise connoisseur.
The composition comes from a painting from 1525 by Corrège (London, National Gallery), certainly known in the northern regions by prints.

APHRODITE AND ARES ENLACES IN A LANDSCAPE. IN THE BACKGROUND, HEPHAÏSTOS AT THE FORGE
Aphrodite, married to Hephaestus, falls in love with Ares. According to the legend, the husband discovered this relationship thanks to the intervention of Helios, a god who, by his privileged position in the sky, could spy on the encounters of the two lovers.

APHRODITE AND EROS IN A LANDSCAPE, WITH A NYMPH
The subject of this plaquette remains quite mysterious. On the right, Aphrodite seems to be offering flowers to a female character while Eros wields his bow.

A série of four silver plaquettes