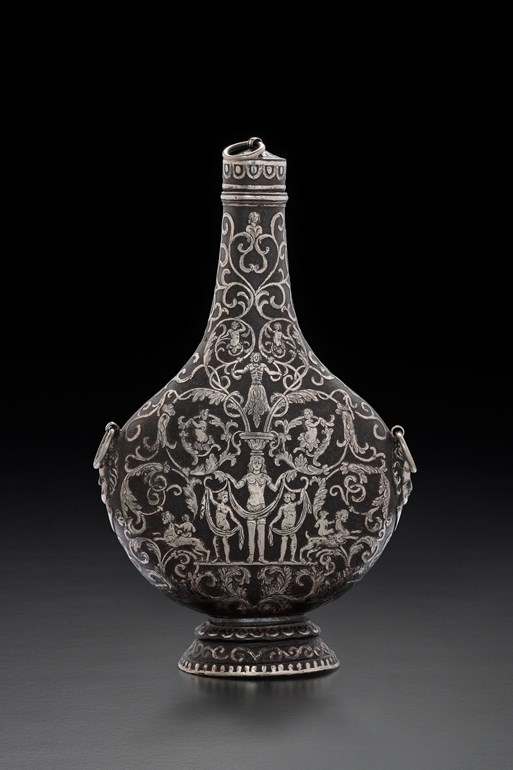 In literature, this type of bottle is often referred to as a "pilgrim's flask", but this is a misnomer. Numerous reproductions, in the form of illuminations, paintings or tapestries attest to the presence of these bottles on the buffets set up during banquets in European courts.
This flask was probably intended to preserve flavored wine or another alcohol-based beverage such as hypocras.

The damascened decoration is very remarkable. It is made in slight relief and the openwork and engraved silver is inlaid in the body of the bottle. This technique may be close to that used by Italian gunsmiths in the 16th century, particularly in Milan, but it is also found on objects related to everyday life such as boxes.
The composition of the decoration is directly inspired by the ornamental models dating from the second décor of the 16th century, including those of Etienne Delaune and Abraham de Bruyn.
The motif on the foot and neck is identical to that visible in the same places on a pair of gourds of Italian origin dating from 1600 in London (British Museum, inv. no. WB.64.b).