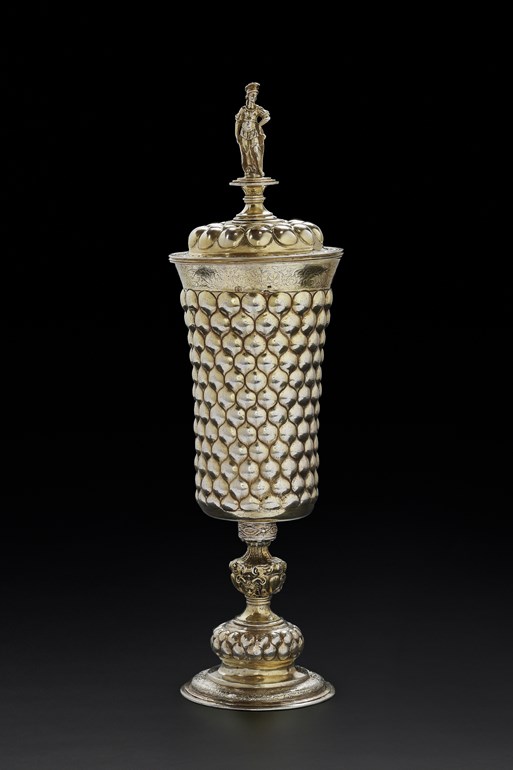 The Becherpokal is a type of standing cup characterized by a slightly flared body with a flat bottom and a lid. Many examples were made in both Nuremberg and Augsburg from 1560 onwards.
The decoration of small embossed embossings covering the surface of this cup, the lid and the upper part of the foot, is probably inspired by the grape bunch-shaped cups (Traubenpokal) widely used in German territories.
Christoph Lindenberger was a goldsmith active in Nuremberg at the same time as Wenzel Jamnitzer and his works are kept in several museums.