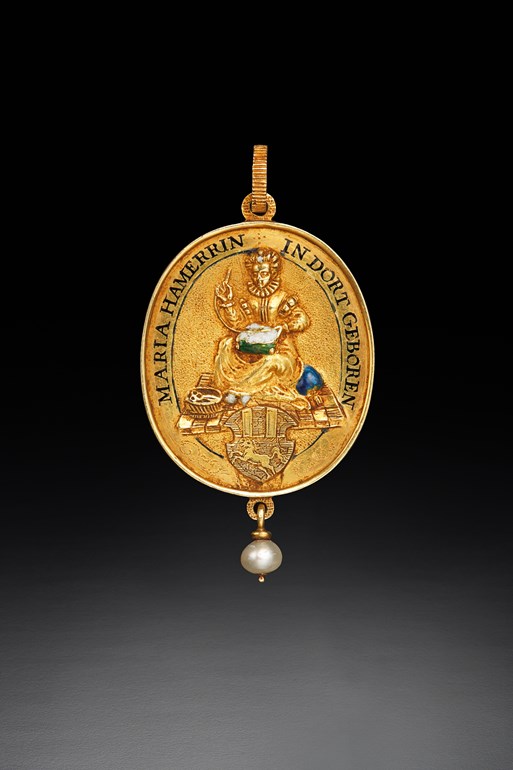 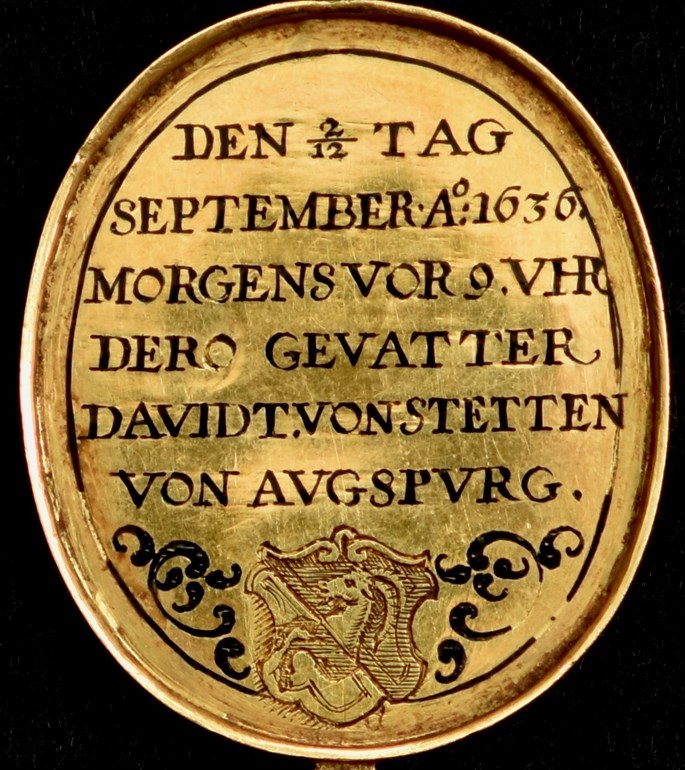 Inscriptions :
On the obverse, "MARIA HAMERRIN - IN DORT GEBOREN", together with the representation of a woman sewing. In the lower part, the coat of arms of the Hamerrin family, from Zeeland (Netherlands).
On the reverse, "DEN 2/12 TAG SEPTEMBER- A°:1636 MORGENS VOR 9. UHR DER GEVATTER DAVIDT.VONSTETTEN VON AVGSPURG". Below, the von Stetten family’s coat of arms.

Thanks to the texts on the medal, we know that it was given by David II von Stetten to his niece and goddaughter Maria Hammerin at her baptism. This type of gift was quite widespread in the German regions in the 16th and 17th centuries.
For example, a very similar medal was presented to Anne Marie von Stetten (1640-1669), daughter of the brother of David II von Stetten (Hunt Museum, Limerick, Ireland, Inv. n° MG 083). At the Bayerisches Natiolanmuseum in Munich, another pendant with the same iconography, dedicated to Sabine Bachmair and dated 1592, is preserved.
The Von Stetten family, originally from Frankfurt, was ennobled in Augsburg in 1548 by Emperor Charles V. David II von Stetten, born on 17 May 1595 in Augsburg and died on 17 December 1675, was married to Oriana Hämmerin (Hanau, 31/08/1603 - Augsburg, 25/09/1676).