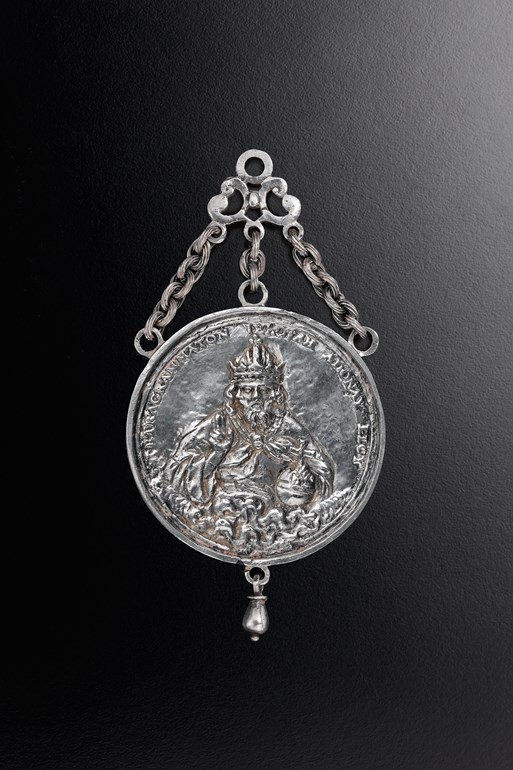 The medal represents the Throne of Grace and the three-headed Trinity, completed by two inscriptions. On the obverse: "BOHEMIA BENEDICTA SEMPER - SANCTA SIT TRINITAS". On the reverse: "TETRAGRAMMATON JEHOVAH ADONAY".
On the representation of the Throne of Grace, God the Father is shown supporting the arms of the Cross carrying his dead Son. In the upper part, the Holy Spirit is symbolized by a dove with outstretched wings.  On the reverse side, the Trinity is evoked by an unusual representation: the face of God, apparently unique in appearance, is actually composed of three distinct faces. This three-headed representation of the Trinity was banned in 1628 by Pope Urban VIII because of its monstrous nature.